Still one of the biggest causes of deaths at work 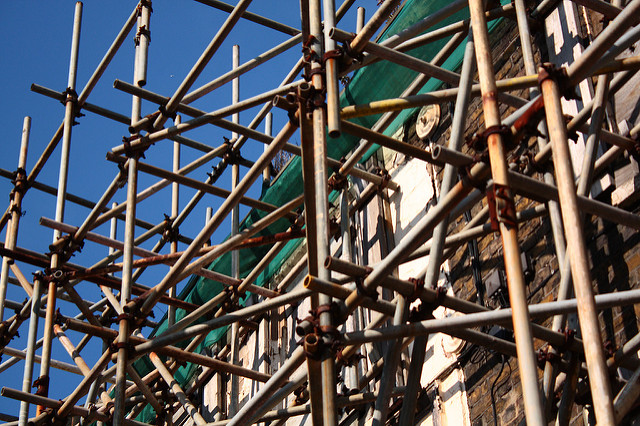 The Health and Safety Executive (HSE) are clamping down on any working at height offences they come across but there is still a lot to be done. The IOSH recently published an article about a case which highlights the challenges facing the HSE.

A steel erector received a suspended jail term after a worker from a nearby office photographed him balancing on scaffold tubes about 27 m off the ground and alerted the HSE. The 25-year-old employee was working at height on a hotel development. He climbed up the scaffolding to hammer steel beams into position.

When questioned by inspectors, the worker said he did not realise how high up he was. The subcontractor that he worked for had provided him with a tower scaffold and a full-time scaffolder, employed by the principal contractor, was on site to build safe working platforms for all of the contract workers, if needed. The steel erector had failed to use the tower scaffold, nor did he ask the scaffolder to make the area safe. He told the HSE Inspector that the project was three weeks late and he wanted to finish the job quickly.

The worker in question was alone at the time of the breach. He pleaded guilty to breaching section 7 of the Health and Safety at Work Act for failing to take reasonable care for his safety and the safety of others. He was fined £1,400 plus £2,940 costs and sentenced to six months in prison, suspended for 18 months.

He failed in his duty to protect his own safety while at work and also placed others at risk had he dropped any tool from the position he was seen in. Never before have I seen such a staggering disregard for personal safety. It is a matter of pure luck that no one was injured or killed.

This type of incident is not uncommon with workers cutting corners because of tight deadlines or time constraints. Following health and safety policies and procedures is still too often looked at as a red tape exercise with people reluctant to follow procedures believing its adding extra work to their already busy days. The main reason we have health and safety policies and procedures is to save lives and reduce injuries at work.