How things have changed

With football fever in the air, I thought it would be a great time to do a football themed blog.

Whenever we watch a football match, whether it’s on screen or at a stadium, few of us think about exactly what it takes, behind the scenes, to keep everyone safe and everything running smoothly.

As with any organisation, football clubs have certain health and safety duties, not only to their own employees but also to the general public, contractors, visitors and even trespassers on their premises. The responsibility lies with the Chairman and Board of Directors of the club. 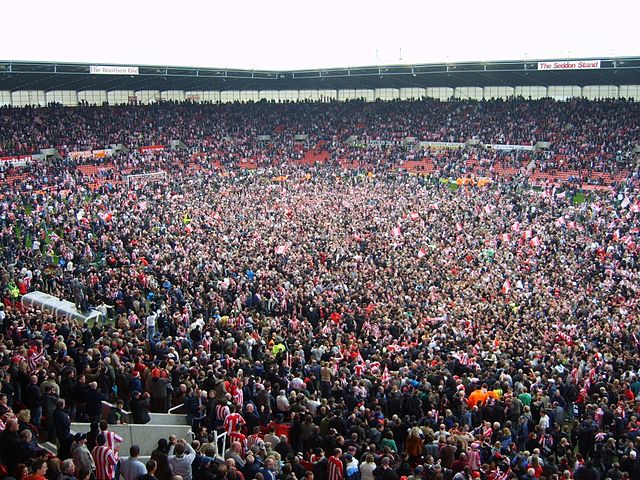 By TubesSCFC at en.wikipedia [Public domain], via Wikimedia Commons

There are many risks that would need to be assessed before a match, which may include:

In order to tackle some of the antisocial behaviour, It is now a criminal a criminal offence entering a stadium when drunk or in possession of alcohol, possession of a firework, flare or other pyrotechnical device, possession of alcohol on trains and/or coaches when travelling to a football match, throwing any object at or towards the pitch or spectator areas, entering the pitch without lawful excuse, indecent or racist chanting and ticket touting. Any person convicted of a football related offence can receive from the Courts a football banning order. This order prevents the offender from attending any football match at home or abroad for a minimum period of three years. Failure to observe this ban is itself a criminal offence.

It wasn’t too long ago when English football was blighted by the problems of supporter violence, old stadia and a lack of any safety management culture within the stadia. Two major stadium disasters in the 1980’s and a Government-led review of stadium safety brought about a programme of change which has seen the gradual transformation of English stadia and the introduction of a new system of stadium safety management. The guidance for this was more commonly known as the Green Guide.

Implementation of this guidance has been made obligatory for professional football in England, as it is a prime requirement of each club’s stadium safety certificate (issued and monitored by the local government authority) that the stadium must comply with all aspects of the Green Guide.

The local authority is responsible for ensuring that the stadium complies with the guidance laid down in the Green Guide and has to carry out regular inspections of the stadium. The local authority also chairs a Safety Advisory Group, comprising club officials and representatives of the police, fire and ambulance services, which meets on a regular (usually monthly) basis. The Safety Advisory Group can also be called together at short notice to consider any issue arising out of a recent match or any special measures that are proposed for a forthcoming match.

As part of the safety certificate, each club is required to have:

The last few decades have seen many positive changes in the professional game and football stadia today are safe and welcoming places, offering good quality facilities to supporters. There are no pitch perimeter fences. All stadia in the top two divisions, and many in the lower divisions, are all-seated. Supporter violence inside stadia is very rare. Some confrontations between supporters do occasionally take place, but on a very limited scale and usually some way away from the stadium environment. Attendances are now back up to around 30 million per season.

View all posts by Lee Rance →
BUPA Care Homes fined over bedrail failures
Do You Spend Your Working Day in Front of a Screen?