With the Olympic Games upon us once more I thought it would be a great opportunity to write a blog on health and safety at the Olympics or more accurately in the build up to the Olympics. 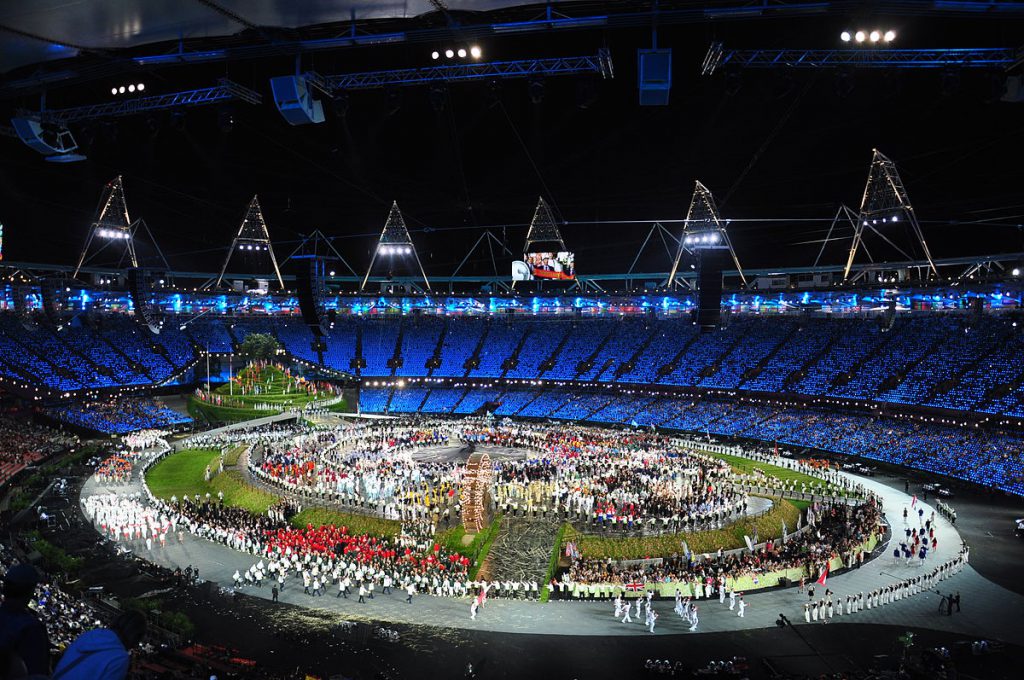 By The Department for Culture, Media and Sport (Teams parade around the stadium) [CC BY 2.0 ], via Wikimedia Commons

When any city wins a bid to host the Olympics, whether that is summer or winter, a massive construction project is undertaken to build the stadia required to facilitate the games.

Construction has always been a high risk industry. In the UK in 2014/15 alone there were 69,000 cases of work-related illnesses (things like muscular-skeletal disorders, stress, depression and anxiety), 65,000 cases of non-fatal workplace injuries (slips trips and falls, lifting and handling, falls from height, struck by object etc.), and unfortunately there were 35 workers fatally injured.

So when a city embarks on a series of large construction projects like for the Olympics then Health and Safety needs to be top of the agenda. The past record of previous Olympics has not been great:

London 2012 was the safest Olympic build ever, with a reported injury rate of 0.17 per 100,000 man-hours far below the 0.55 building industry average in the U.K. For the first time in Olympic history all projects were completed without a fatality.

So why was London the safest Olympic build ever?

The main reason was the ODA’s (Olympic Delivery Authority) attitude to health and safety. Preventing accidents and protecting the health of the workforce was, from the start, the ODA’s number one priority and recognised as essential to the success of the construction programme. The ODA implemented a robust policy and weaved health and safety considerations into every activity, from planning, design and procurement, to on-site management and clear leadership.

As well as focusing on preventing accidents, the ODA operated a full occupational health service, Park Health, to ensure the well-being of all involved in the project. More than 2,000 workers were seen each month by the health teams on the Park and in the Village and occupational health professionals supported every project team.

The ODA worked with the regulator, industry, contractors and academia to produce a body of independent research on factors that influenced the health and safety performance on the London 2012 construction programme.

IOSH (The Institution of Occupational Safety and Health) highlighted five key areas from London 2012 that can be used in construction companies and projects of all sizes:

These figures once again reinforce that the UK is one safest places to work in the world. Let’s keep it up.