New sentencing guidelines, which come into force on 24 April, will give magistrates the power to increase speeding fines by 50%.

The current limit for a speeding fine is 100% of the driver’s weekly wage, up to £1,000 – or £2,500 if they are caught on a motorway. This will increase to 150% – although the upper cash limit will stay the same. The minimum penalty for speeding is a £100 fine and 3 penalty points added to your licence. 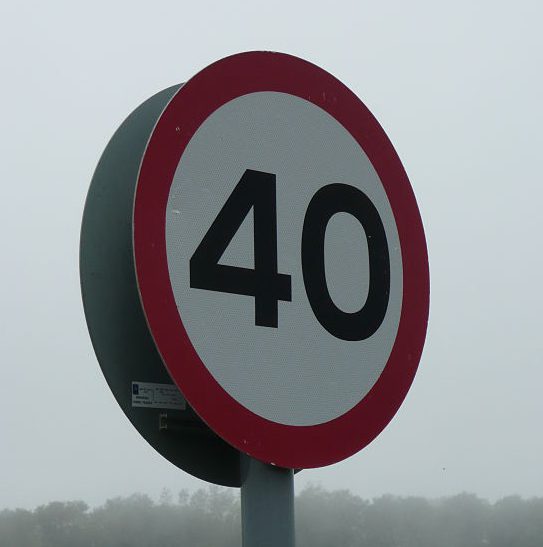 Traffic signs in the United Kingdom are under Crown copyright. See http://www.dft.gov.uk/trafficsignsimages/tc.php for more information.

The average fine was £188, but two people were also sent to prison.

The Sentencing Council held a consultation with magistrates and criminal justice professionals in 2016.

The feedback was that current guidelines “did not properly take into account the increase in potential harm that can result as speed above the speed limit increases”.

As a result, it has increased the penalty to send a clear message. It is hoped the increase will deter motorists from speeding.

The new fines are ranked into bands which are alphabetically categorised. The fines will fall into categories A to C. The table below displays which offences would fall under the jurisdiction of each band.

In 2014 there were 1,775 reported road deaths and 22,807 people seriously injured. Although there were 45 per cent fewer fatalities in 2014 than a decade earlier in 2005, this is still a massive figure. Speeding is just one of the factors to consider that can contribute to accidents.

According to the Royal Society for the Prevention of Accidents (ROSPA), the leading causes of fatal road crashes in the UK include:

Speeding includes going too fast for the conditions, whether or not it breaks the speed limit, and kills around 400 people a year, says ROSPA.

With the new sentencing powers in place, this will hopefully be enough to deter drivers from speeding and will in turn help to reduce the number of road traffic accidents.